Viewing the various  images of industrial Melbourne in the initial Collaborations exhibition at Atkins Photo Lab in Adelaide  opened  up  the theoretical  project of  rethinking of documentary photography to the idea that these representations are  a form of industrial archaeology. What appeared  from reading these photos was a sense that  the photos appeared as  an excavation of a forgotten,  industrial Melbourne in that they were a  retrieval of  what has been overlooked as the ruins, detritus or wasteland  of industrial Melbourne.  Though they  enabled us, the viewer,  to form a sense  of  the historical textuality of modernity these  archaeological images would not be seen as art  by the art institution.

Today the idea of photography as a medium that simply records the world around us seem positively quaint. However, the various images on the white wall of the gallery highlighted  how this  large format,  documentary photography also  placed  an emphasis on the modernist concern with  the   basic form of the art object -- ie., the shapes, colours and lines that make up the art work. The emphasis on the basic form of the image indicate  the aesthetic aspect of this documentary style in a topographic mode. 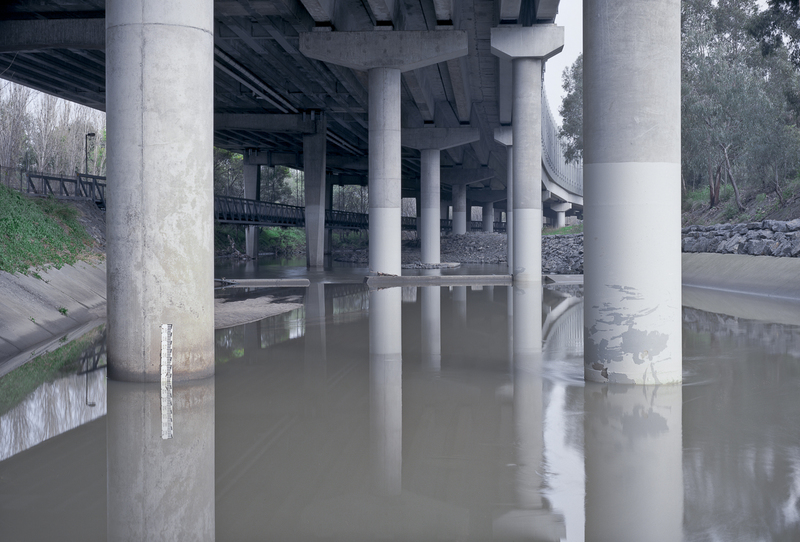 Though the pictures are  a form of historical knowledge, the aesthetic dimension  moves this documentary photography  away from  the conventional notions of mechanical representation--capturing the real. This naturalism  continues to define  photojournalism,  the media's  reportage  tendency to reduce photography to illustration, and conventional understandings of  documentary photography.   Photographic images are anything but neutral reflections of the wider world or simple traces of a present past. In this return to the past the photos are a form of history making about the uncanny or the unhomely.

The rethinking of documentary photography is  also  post modernist in  the sense  that it represents the present as if it were already past--as if it were history.   The exhibition highlighted this topographical photography as a historical practice with its inbuilt tensions (or dialectic) between formalism and historicism.  It indicates  how this photography plays with time and historical distance, representing  a moment in the past only to give it over to new interpretations and modes of seeing in subsequent viewings. 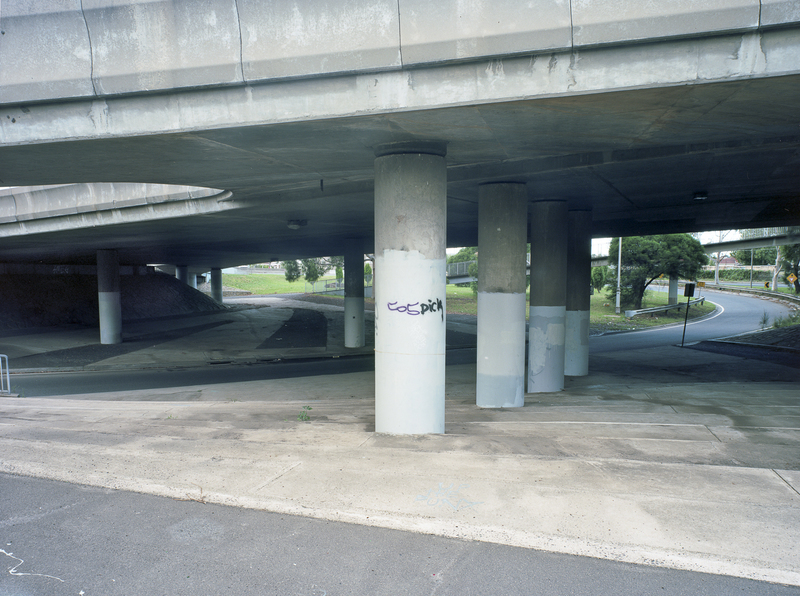 Yet contemporary photography is all about,, “interrogating the medium”, which often means shifting it away from documentary towards other, more conceptually driven art forms – abstract painting, sculpture, performance, video installation in a world of of image overload.  We now live in a  digital world drowning in images with the arrival of the smartphone camera.  The numbers are mind-boggling: 350m photographs a day uploaded on Facebook; 95m photographs and videos shared on Instagram daily. The combined number of images shared uploaded on both platforms now exceeds 290bn, while there are 188m daily active users of Snapchat. Artificial technology is just around the corner.

In contrast the industrial Melbourne project is very modest and slow.  It works in terms of a series --bridges or freeways or creeks ---so that the images of these found object are connected to one another in an archivalist sense. Seriality can be understood in terms of difference as opposed to sameness, and photographic projects can be seen in terms of longevity as opposed to the instantaneous.  As Susan James argues in her Common Ground: German Photographic Cultures Across the Iron Curtain  the  linking of images in a series  forces the establishing of connections and relations. It bounces the gaze from one site to another, to build up meanings across time, thereby giving  us a sense  of our own  industrial history,  as well as  a perspective on the spaces that we currently inhabit.

Seeing the images  in the exhibition reminded me how much of the debate on reportage, realism, the photodocument, and photojournalism now take place in the art world, which has been the key site of photographic production and theory over the last 25 years. There has been little critical theorisation of the photographic image as a form of historical practice outside of the art institution.

In looking back over the recent past in the art institution we can see that the discussions surrounding photography in the 1970s were dominated by semiotics and structuralism, as conceptualist practices cast photography as document, index, trace (ie., as document to performative, conceptual, or land art practices).

In the 1980s with the confluence of the critique of naturalism in photographic culture (e.g., Victor Burgin, John Tagg,  Allan Sekula, Martha Rosler, amongst others)  and the emergence of postmodernism, photography  became the best medium for unmasking modernist myths about the author, universality and originality (e.g.,Rosalind Krauss, Douglas Crimp,  Abigail Solomon-Godeau).    Photography in contemporary art was understood as resistant to formal or aesthetic analysis associated with the linking of photography. It  was a  deconstructive. 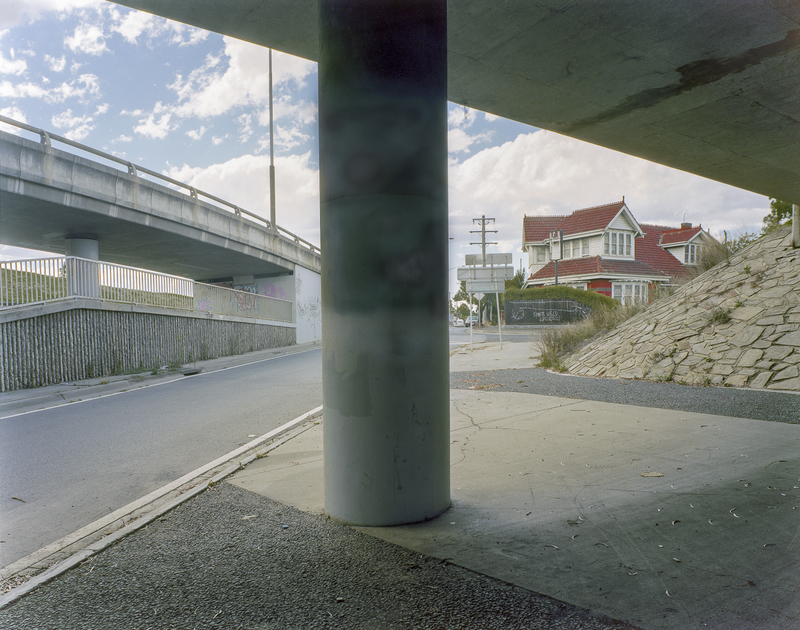 In many ways the Anglo-American postmodern theoretical dissolution of the subject and values such as truth in the 1980s  meant that  the postmodern positioning  of documentary photography,  with  assumption of the truth-value of  photography, resulted in this belief  in truth  became  ever more explicitly assigned with  the uncultured, the naïve, and the philistine. Hence the demise of a documentary-image culture.

The tension between form and historicism is post documentary: it allows us to  step outside of the televisualisation of the image in mass culture and art photography’s appropriation of cinema to recover photography's  interrogatory ethos. Sure,  it means a subordinate cultural role, but it does recover some critical leverage.