The previous  post (in May 2020) ended with the  question about how I was going to carry this  project  on,  given that  SA's  borders with  Victoria are closed,  due to the Covid-19 pandemic and the extensive community transmission in Melbourne. The question was:

"where does that  post-industrial transformation [of Port Adelaide] leave this interlude in the drosscape project? Just wait out the current lockdown in Melbourne? Or continue to explore the Port Adelaide region when I could?"

I then remembered that I  had started to revisit Port Adelaide. One occasion was  in 2017 when I  participated in an organized  phototrip to both the old Torrens Island Quarantine Station and to the inside of Hart's Mill at Port Adelaide. This was  with a group of friends under the umbrella of the South Australian Maritime Museum at Port Adelaide. 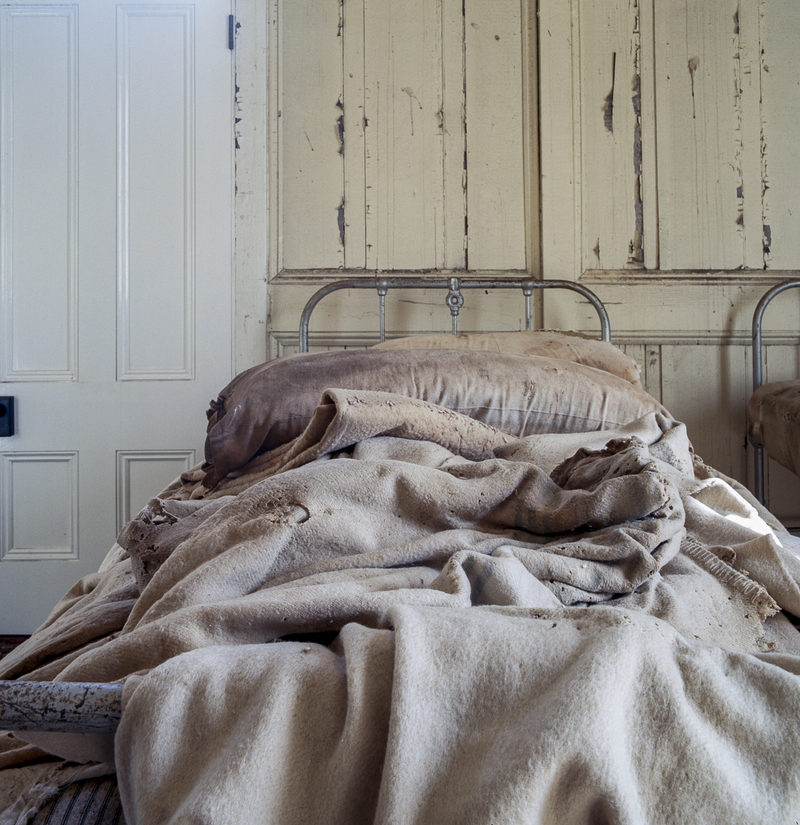 The photos, which had been made with a medium format film camera, had just sat in the archives on my hard drive of the Mac Pro untouched. What they represent is an exploration of  the history of Port Adelaide region.  The  Maritime Museum's organised tours have been postponed in 2020 due to the Covid-19 pandemic. There is a sense of  historical déjà vu’, in living through the COVID-19 lockdown with what happened a century ago.

The photos in the archives indicate  the maritime quarantine regime of  20th century and how it dealt with the deadly  pandemic known as  the Spanish Flu of 1918-1920.  This deadly virus came  in 3 waves and was extraordinarily virulent.The virus killed more people than the 1914-18  war itself. Up to 15,000 Australians died from the influenza pandemic in 1919 – equivalent to the number who died on active service every year throughout World War. As there was no vaccine and no cure, so Australia  had to rely on quarantine, supportive medical care and the goodwill of the community.

The returning soldiers were quarantined  at Torrens Island, which had been built in the nineteenth century--1879. It was built to quarantine ship based arrivals to stop passengers bringing diseases such as small pox into Adelaide.

This is another photo of the sleeping quarters  for singles in one of the cottage buildings: 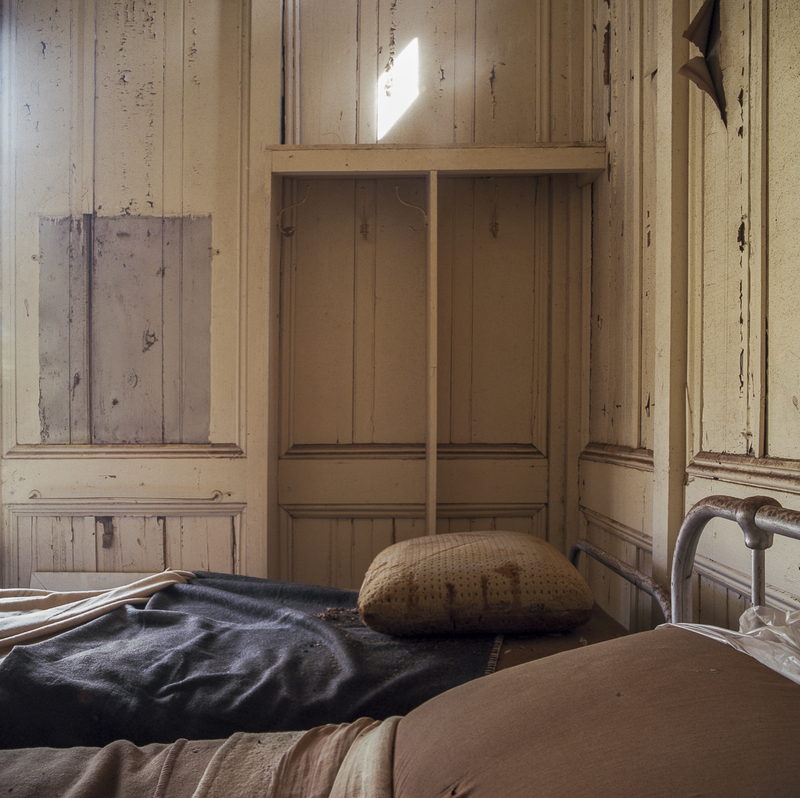 Many of those measures implemented during the Spanish flu pandemic are remarkably similar to those used in the current pandemic. State borders were closed.  Libraries, schools, churches, theatres, halls and indoor entertainment venues were shut down. Racecourses and hotels were closed and people on public transport and in public places were required to wear masks. Streets were sprayed with the disinfectant phenyl and the public were urged to practice cough etiquette, regular handwashing, ventilation and disinfection

I recall the time we could spend at  the quarantine station  being a bit rushed. We only had  a couple of hours to explore the various buildings  before we had to race off to Hart's Mill. I didn't really have much time to explore Refshauge House,  which was  the administration building and dispensary,  the  brick chalets that accommodated family groups, the hospital, the  morgue or cemetery.  Several soldiers returning from World War One who succumbed to Spanish influenza infections were buried in the cemetery.

From memory this is a picture of the right side  of a linen cupboard: 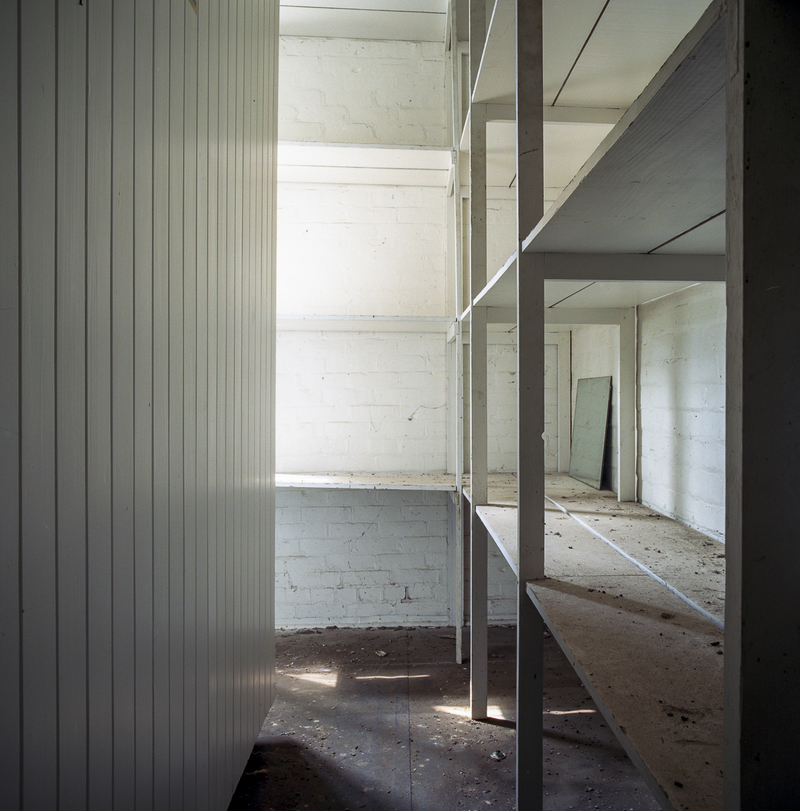 This is the left side of the linen cupboard: 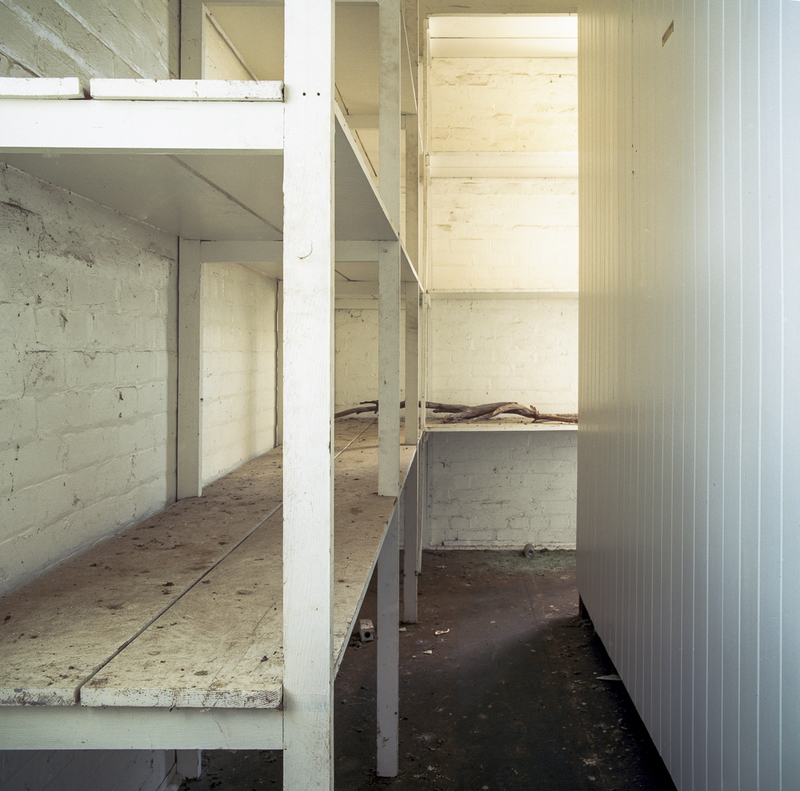 The station is currently  in  different stages of disrepair, riddled with asbestos, holes punched through walls, grass growing from gutters and sprouting a collection of bee and termite nests .The  future of the Quarantine Station does look bleak.