In an earlier post I mentioned that some of my documentary style photographs of  industrial Melbourne would be exhibited with those by Stuart Murdoch at Atkins Photo Lab during the SALA festival in August 2018.  The exhibition is about making things in the urbanscape visible, rather than a form of seeing what is already seen and noted. Photography is invested in the visible, but  the making visible is the sense of  making visible what is  ignored or overlooked. What people are blind to.

This will be the first time the Melbourne work is exhibited. I don't have that much work in the archive of the reinventing documentary project--about 40 images.  This SALA  exhibition requires more phototrips to Melbourne  in order to  build up a portfolio of the remnants of industrial Melbourne. This will be after  the Mallee Routes exhibition at the Swan Hill Regional Art Gallery finishes in early May. 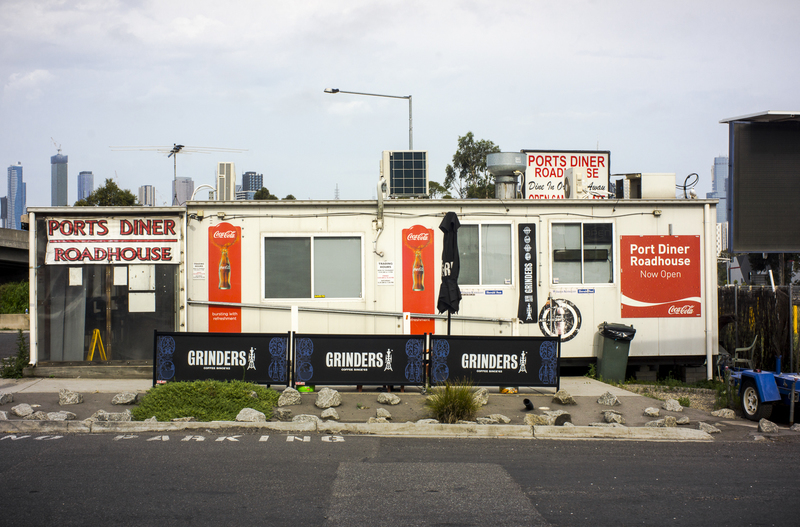 One  reason  for this lack of images  is that since 2012   I haven't been to Melbourne all that often to make photos.  Other projects, such as the Mallee Routes one,   took priority,  and the Melbourne project ended up  on the back burner.   It required a lot of  reading about Melbourne's urban development   and I didn't have the time.

A second reason  was that it was quite  difficult to do this kind of work whilst staying with my sister at at Safety Beach on the Mornington Peninsula,  due to the lack of public transport between Frankston and Safety Beach after the evening peak hour. This has been solved by  driving to Melbourne, rather than flying, as I  am  then able  to  use the car to travel from Frankston to Safety Beach. 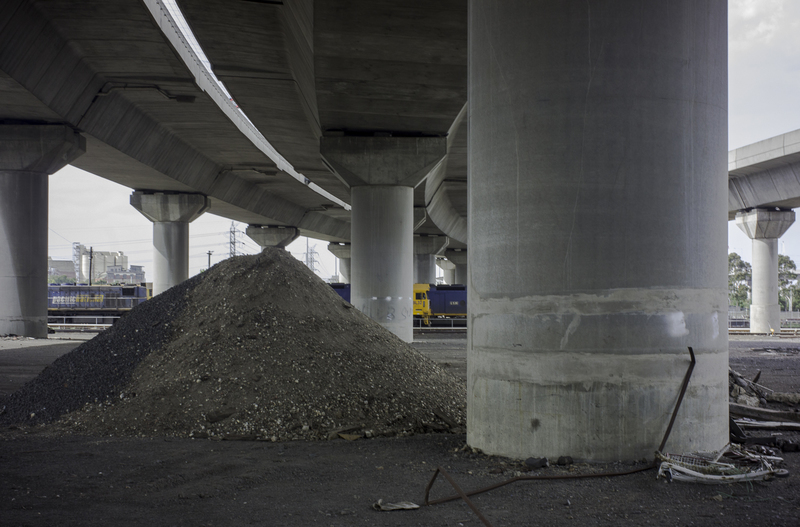 A third reason is  that, apart from Stuart,  I am not very connected to the Melbourne art photographers scene. All I do  is keep an eye on the PHOTODUST  blog, without becoming  a contributor and visiting the Centre of Contemporary Photography when I am in Melbourne. I have found that the Monash Art Gallery  too difficult to get to.  Consequently, I really don't have a sense of photography in Melbourne.

The photos  in the SAlA exhibition eye the history of the urban spaces  in Melbourne. History  is not simply a list of events, but a human narrative which weaves together time and memory: the  interweaving of passing time and the memory of events helps to create the fabric of these urban spaces that have been  historically produced  by industrial capitalism. 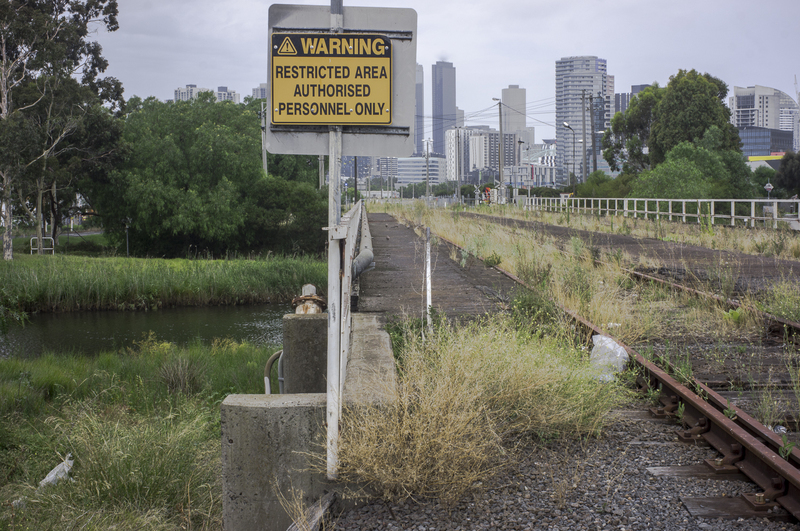 Making visible what is  ignored or overlooked is not the traditional  documentary approach: namely, the photographer, eschewing any consciousness as an artist and acting in accordance with the real nature of photography as a medium, points the camera at the "reality" that appears at some  moment, releases the shutter, and a photograph is born. On this account of documentary  photography,  the photograph is reduced  to a direct manifestation of a single indivisible "reality," to something that captures its identity. Hence the language of depict, capturing or shooting what is already present in the world, thereby suggesting that the technology  effaces itself in order to gives purity, time itself. 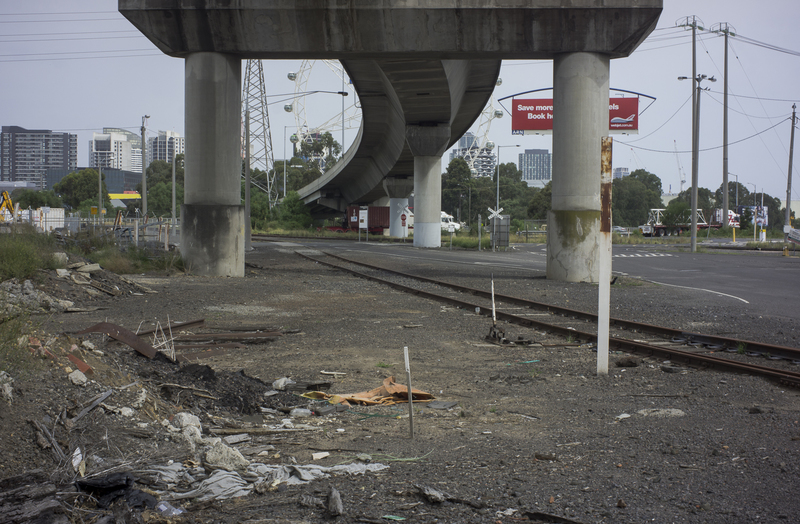 In this tradition poets dream; photographers document; literature is fictional; photographers tell the truth.   The philosophical position here--the transparent theory of photography --- is that photography merely reproduces or re-presents the perceptual world in a transparent manner. The photograph is a  copy, a mirror image of the world.

Yet photography is premised on a memorializing technology; a technological intervention  that also involves  production, creation imagination--bringing forth something new that take on a life of their own,  rather than a copy.  It is light-writing with its hidden logic or grammar that opens up the medium to its own alterity.  It is a struggle against the loss of memory, an attempt to archive and preserve what is about to disappear for good. 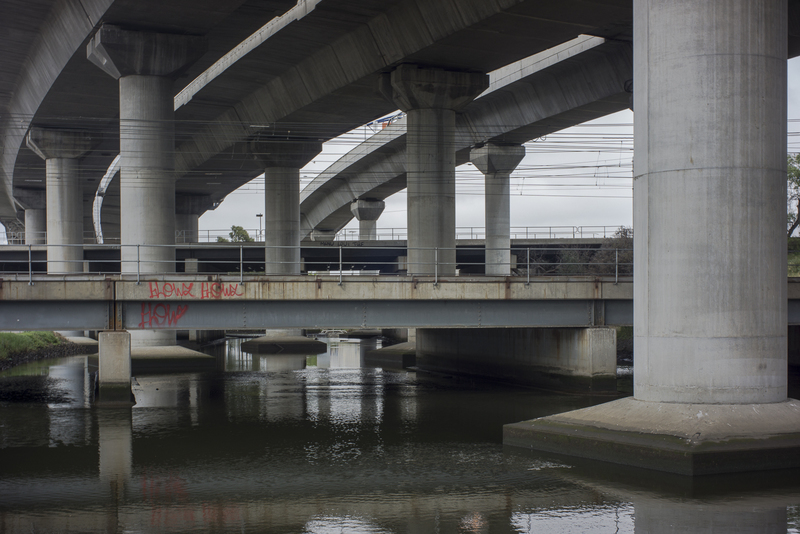 Maybe words and images in a documentary style topographics can be  set in fruitful tension; photographic images play with  words  actively contributing to building up the image-texts that produces a new  regime of visibility; one that is linked to mourning and  loss,  ruin and remain.