As mentioned in this earlier post on this low key blog about documentary  photography Stuart Murdoch and myself are having  a collaborative  exhibition  at the Atkins Photo Lab for South Australia's 2018  SALA  festival.   Two  outtakes for the  SALA exhibition from  Stuart's extensive archive  can be seen here on his blog.  The exhibition is  about an old industrial Melbourne that is rapidly disappearing in a post-industrial world. 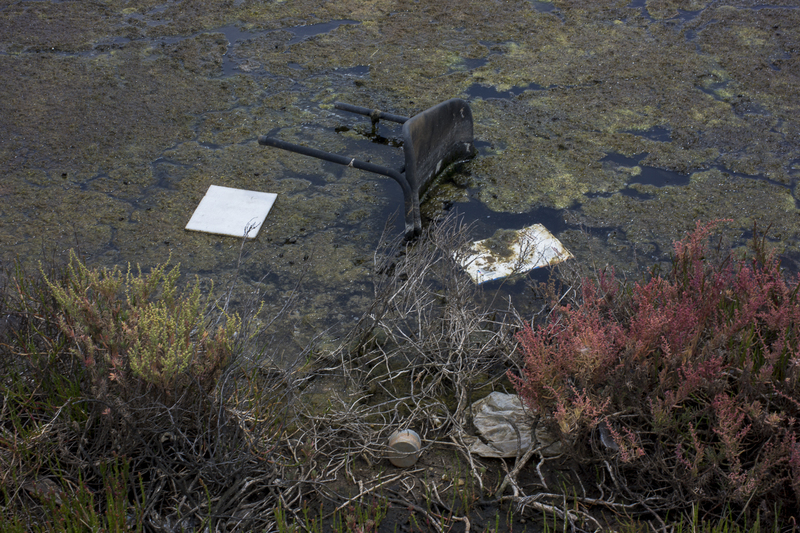 Though the sublime is a traditional category of aesthetics, it has recently seen a resurgence of interest beyond the passing whims of artistic fashion.  The sublime flashes up when confronted by an experience that is immense,  its scope is difficult to comprehend,  and the disparities allow the  emergence of new voices.  The sublime indicates a breakdown and an inability to represent.

As is well known, in the 18th century encounters with the power or size of nature --eg., the European alps-- defeated the imagination and moved people  to terror and awe.  In traditional aesthetics, codified by Burke and Kant, the sublime is the mixed feeling of terror and enjoyment - the "negative pleasure," Kant calls it - that is associated with encounters with the size or power of  the natural world.

Both Burke and Kant counterposed the sublime to the beautiful, and they highlighted the sublime as a negative experience of pleasure and pain, attraction and repulsion  caused by a breakdown in the capacity of the imagination in the sense that to make sense and to verbalise the feelings are stymied.  In the eighteenth century the Lisbon earthquake was perhaps the best-known example of nature causing the sublime experience of the subject's mind being in disarray. 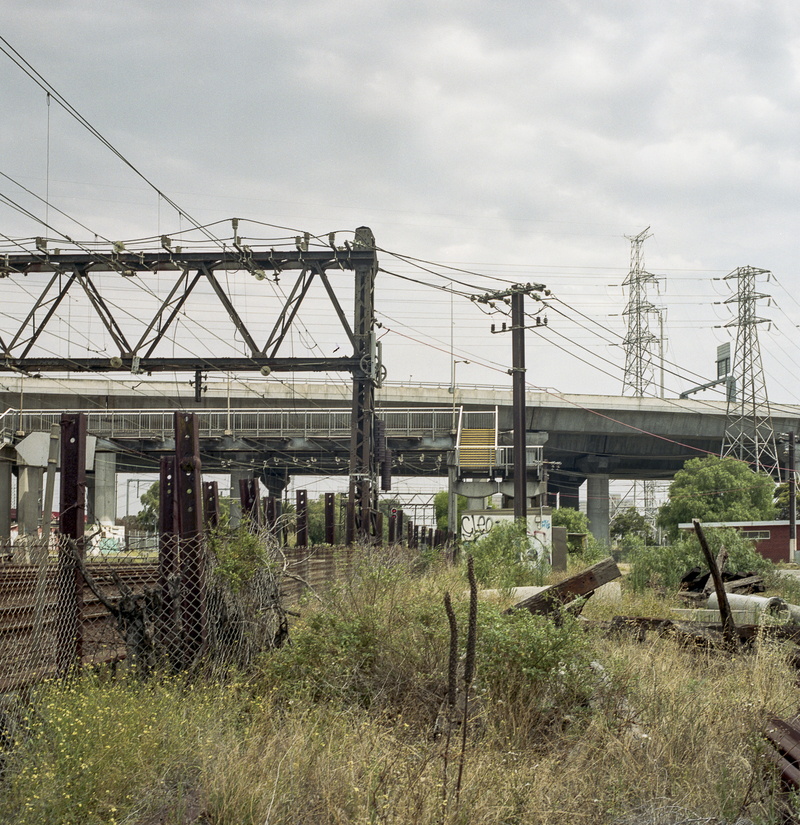 But in the twentieth century, the traumatic power and violence of social forces of industrial capitalism displaces nature as the site and trigger of the sublime, and this shift from nature to human history  shakes the category in its very core. The classic  sublime depended on forms of distancing mediation that gave experiencing subjects enough security to enjoy their terror and to recuperate it as a marker of freedom and a spur to self-admiring reflection on a human dignity transcending mere nature. However, the security that classically  grounded human dignity and hopes for a progressive future  is undercut by the  way our lived experience is within  regimes of domination  in the 20th century, such as  Auschwitz, Hiroshima,  and global warming in the early 21st century. 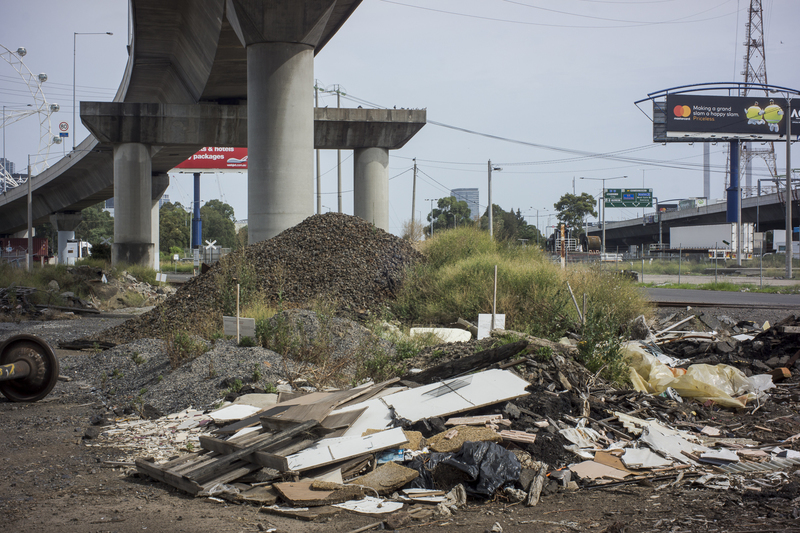 The contemporary sublime in the Collaborations exhibition at Atkins Photo Lab refers to the violence of history of  industrial capital's transformation of the urbanscape in the 20th century,  the  way that  culture socially functions  in support of power and domination, and the   seemingly never ending rows of large buildings made of glass and  concrete, buildings, traffic jams, pollution  become part of our  everyday experience as living in the city. This transformation goes beyond the ambivalence about  the machine in the garden  (a reference to Leo Marx’s title in his 1964  monograph about how industrialization displaced the  pastoral ideals in the US).

The approach taken in this exhibition is one of negative presentation of the industrial sublime in the context of  the demise of industrialisation and its subsequent restoration, as the factories have moved from the former centers of industrialisation in Australia to the third world, with its exploitable labor pools. 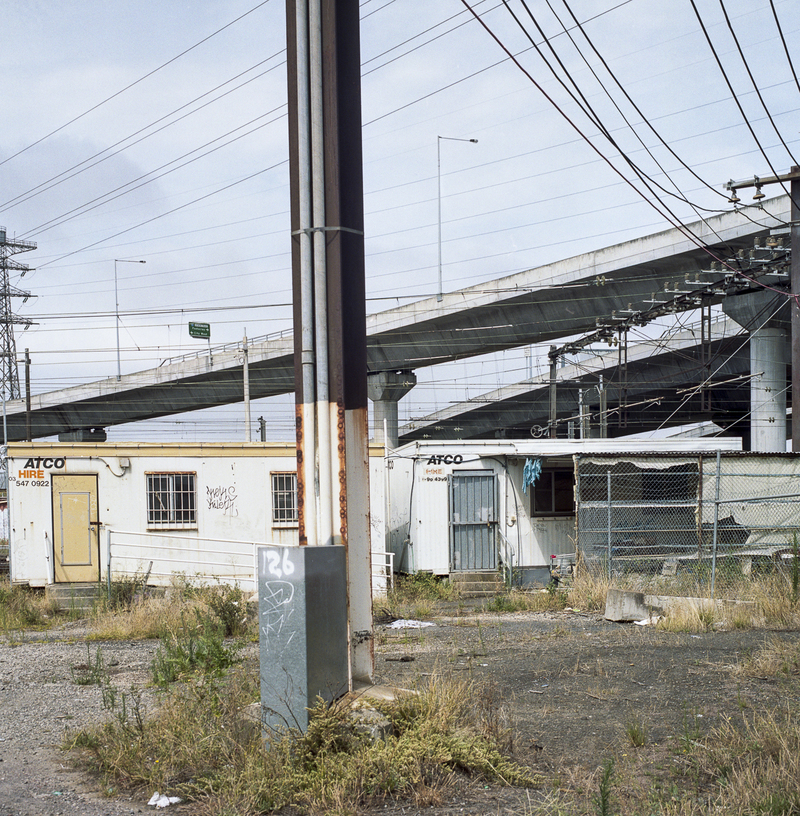 Negative presentation offers a means for representing the trash, social disaster and violence  of the industrial sublime,   without falling into the traps of positive presentation. Attempts to present the urban disaster and the world of trash  or garbage  through positive images or representations can only be falsifying. This way of presentation  encourages the illusion that the social totality of industrial capitalism as a dense nexus of historical processes and relations can be mastered as easily as the eye apprehends a discrete visual image.  If anything, positive presentations deflect rather than spur on the arduous process of critical reflection that alone can reach the level of social truth.

The negative mode, then, is the mode of the contemporary sublime and is appropriate for representing the traumatic power and violence of social forces,  and the helplessness of the individual subject before them. This mode indicates that a failure to express discloses a clearer sense of that which is beyond expression.