I made a quick,  multipurpose road trip to Melbourne via a short detour through the Wimmera Mallee in mid-March (13-19th) 2019 to work on the old industrial Melbourne  project.

Multipurpose,  as I wanted  to reconnect with the Mallee Routes project;   to spend time with my sister at Safety Beach; continue photographing  around Nth Melbourne;  check out the world of photobooks at both the Melbourne Art Book Fair and the 2018 ANZ Photobook Awards;  and have a look at some possible gallery spaces  at Abbotsford Convent to continue to exhibit the  ongoing collaborative Melbourne drosscape work with Stuart Murdoch.

For the drosscape work I  had caught the Metro train to the Nth Melbourne railway station from Frankston. I  then walked around Nth Melbourne with the 5x4 gear in a supermaket trolley for 5-6 hours--the gear is too heavy to carry for that length of time.   I initially walked along Laurens St, down Arden Street,  then made my way along the Moonnee Ponds Creek  Trail, which is part of the Capital City Trail.

This is one of the  digital images that I  had made on an earlier trip,  and it was one that I had planned to re-photograph with the 5x4 Linhof Technika IV. It was this spot that I was walking to. 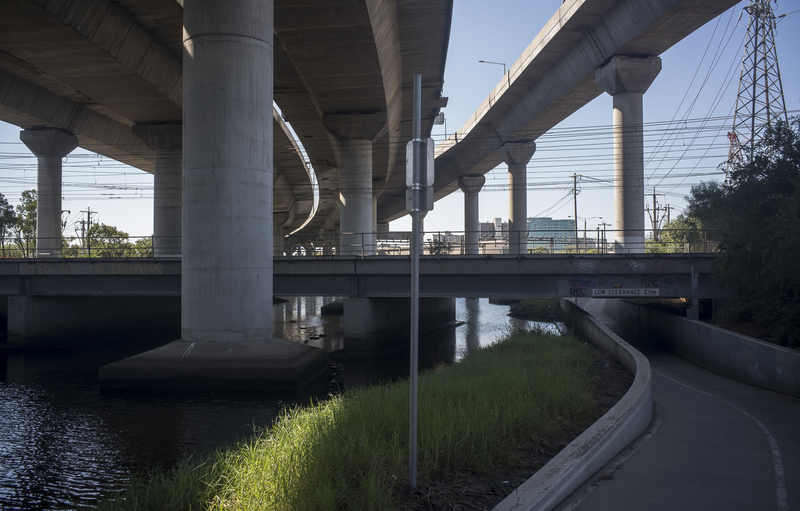 However, the promised cloud cover had  gone by the time I arrived,   and the light  in the mid-afternoon was too sunny and contrasty for me.  I  consequently continued walking along the Moonnee Ponds Creek  Trail, crossed over a very busy Footscray Rd,  and spent some time  exploring  under and around  City Link in an area  adjacent to Enterprise Road.

I had been to this  edgeland under City Link, which  lay between the Moonnee Ponds Creek  and  the Melbourne Ports container site in the Docklands, about 8-10 years ago. I recalled that I was there  was  under similar weather conditions and waiting for the cloud cover on the horizon to come over the city.   It never did. I tossed the drosscape photo session  in.

As there was no point continuing  I decided  to call it a day and catch the Metro train back to Frankston  on the Mornington Peninsula.  I  walked along Footscray Rd,  Harbour Esplanade,  La Trobe Street, and Spencer Street,  to the Southern Cross Railway Station.  I couldn't have done this kind of large format  urban walk without the use  of a supermarket trolley.   I left the trolley outside the Southern Cross station.

All in all it was a frustrating and disappointing day. The large format industrial photography in Nth Melbourne was not a success. All I managed was to  do was make was a couple of scoping digital photographs,  including the one below. This is where I will start on the next Melbourne trip,  which will be after the Mallee Routes exhibition and the trip to New Zealand in early 2020. 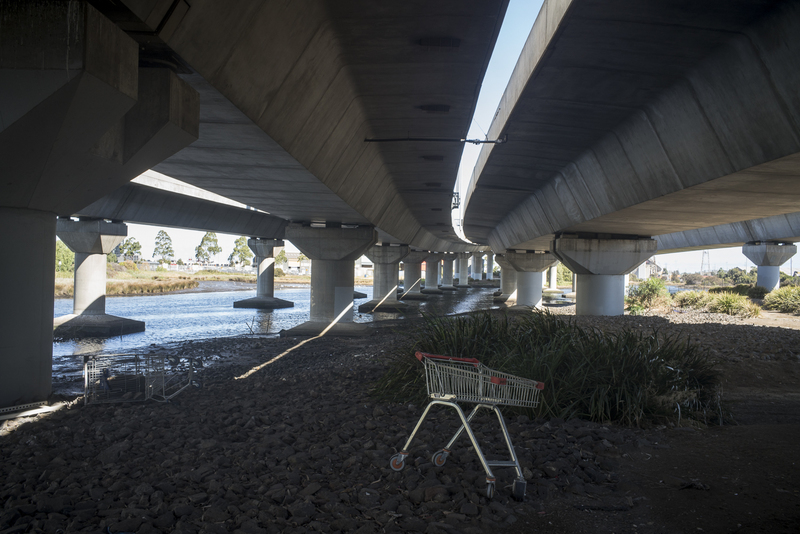 It was  hot, bright and sunny all  the time  I was in Melbourne.  After exploring the  overpowering Melbourne Art Book Fair and talking to Haruhiko Sameshima  at  Rim Books about publishing a photobook,  I gave up waiting for the softer autumn weather conditions to eventuate.  I drove back to Adelaide  on the Monday via the Victorian Wimmera staying over night at Foletti Park in Donald. 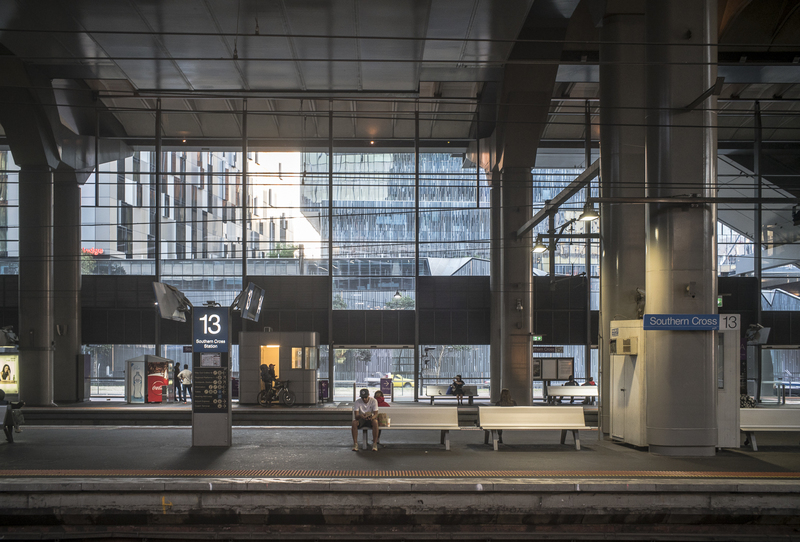 The most successful  part of the Melbourne leg  of the March roadtrip was becoming familiar with, and learning about,  the large and ever expanding world of photobooks at the Melbourn Art Book Fair.   These are the next step on from the blogs--or rather the blog is  the initial step for producing a photobook. Haruhiko Sameshima confirmed that what I'd  managed to do with Reconnections: Walking Wellington  for  PhotoForum's  open call for pdf submissions  for their publications was on the right path. The next step was a photobook. 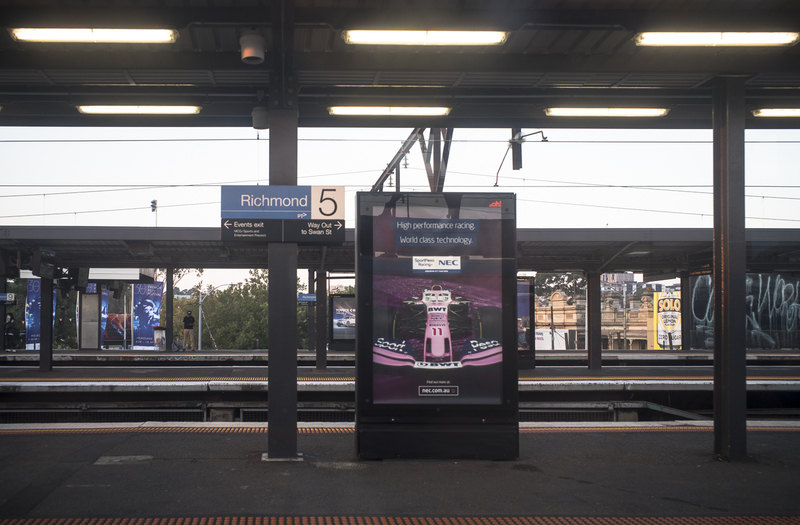 Haruhiko emphasised that nearly all the work is related  to moving from images and text  on a  blog --I showed him Tasmanian Elegies--to the construction a photobook. The latter needs  to be  based around an idea so as to distinguish it from the thousands of other excellent photobooks in the marketplace.  It is an artist book as it is curated,   rather than being  a collection of loosely related images.  Once the  images are sequenced to support the idea, then you run it past a publisher, and  if successful, then you apply for  a grant to finance the publication of  the artist book.

This is a collaborative process as it requires working with  designers and editors. Plus money to pay for them and the printing.